The City of New Smyrna Beach is proud to present the Flying Horse Big Band under the direction of Professor Jeff Rupert in the Brannon Center, 105 S. Riverside Dr., on Sunday, Feb. 5, from 3 to 5 p.m. Admission is $10 at the door.  Doors open at 2:30 p.m. 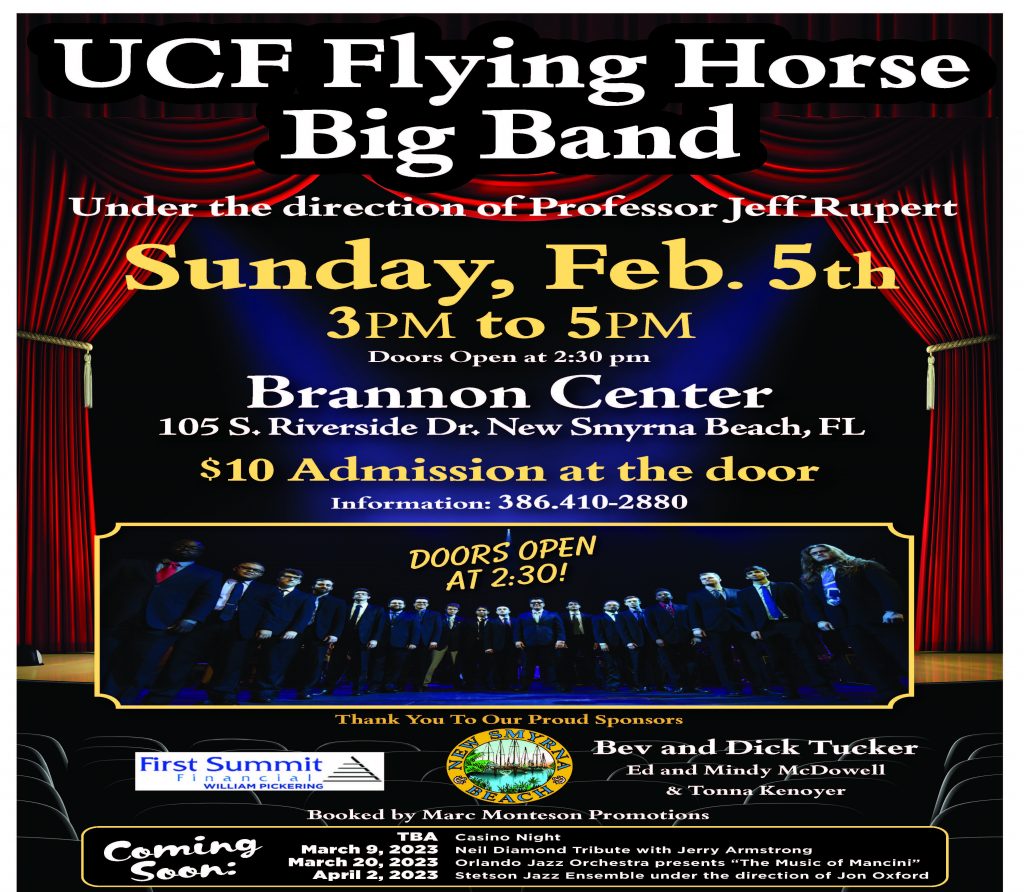 The Flying Horse Big Band is one of the premiere performing ensembles of the @artsatucf. It has appeared at the Montreux, Switzerland, and the North Sea Jazz Festivals, as well as numerous festival and concert appearances domestically. In 2005, the Flying Horse Big Band premiered Sam Rivers’ work for double big band, with Rivers’ RIVBEA orchestra. The group has six recordings on the national jazz charts. Recordings include Jazz Town, The Blues is Alright, Into the Mystic, Big Man on Campus, The Bat Swings!, and most recently, Florida Rays. The last two albums climbed to #1 on the national professional jazz charts.

Former members of the band include musicians now performing on the Grammy’s and various television shows in Los Angeles, New York, and Nashville. Several others are now professors at universities around the country. The Flying Horse Big Band recordings can be found at www.flyinghorserecords.com

Leave your name and email below along with what you are looking for in the message box. Or you can call us at 386.410.2880. Click here for Booking Paperwork